Vintage 5 1/4″ x 7 1/4″ signed and inscribed photo of Panama Al Brown. Brown was a Panamanian professional boxer. He made history by becoming boxing’s first  Latin American Boxers. Brown won the NYSAC and lineal bantamweight titles in 1929 after defeating Gregorio Vidal. In 1930 he won both the NBA and IBU bantamweight titles, after defeating Johnny Erickson and Eugene Huat. Photo is in very good condition. 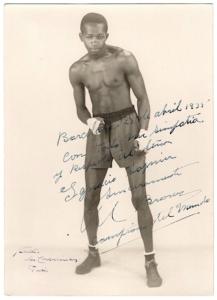 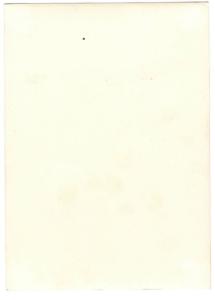