Featured here for sale is an original, one of a kind, 10 page handwritten speech by Muhammad Ali, which he read on television on March 4, 1978 on a nationally televised news conference on CBSTV.  Ali was pleading on TV to Leon Spinks to give him a rematch after losing his Heavyweight title to Spinks on February 15, 1978 in Las Vegas. According to the contracts signed with the World Boxing Council, both Ali and Spinks were committed to fight Ken Norton, who would be next in line for the title. Muhammad Ali was referring to the tradition that the ex-champion is the first to usually fight the new champion in order to attempt to regain his title. Spinks accepted his pleads and gave him a rematch on September 15, 1978. Muhammad Ali won the rematch, which mad him the first man in history to win the Heavyweight Championship title three times. It has been said that this speech helped rouse the public support to grant Ali his rematch. This amazing piece of history also comes with a video cassette recorder tape of the actual interview of Ali reading his speech, along with Letters of Authenticity from PSA/DNA from August 29, 2003, and again on April 4, 2019 and also from Mike Baker and Michael Gutierrez both, from Global Authentications on August 22, 2003.

Overall condition is very good, with a 1 1/2″ tear on page 10, as pictured, and original paper loss from the obvious removal of paper from the original pad that it was written on. 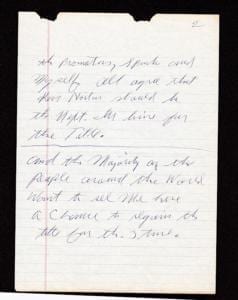 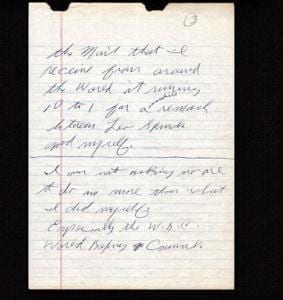 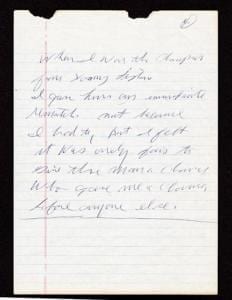 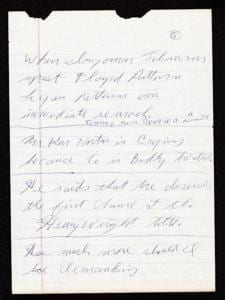 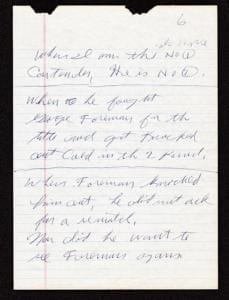 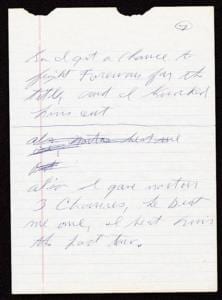 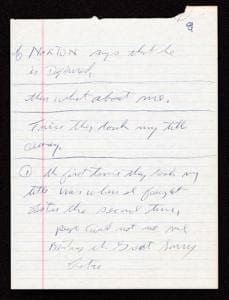 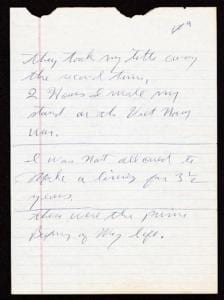 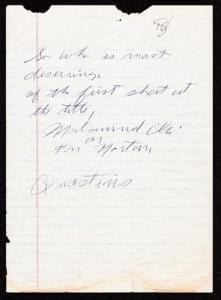 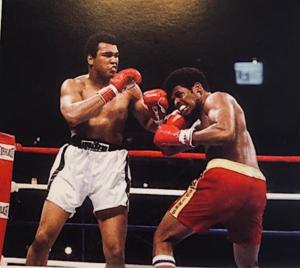 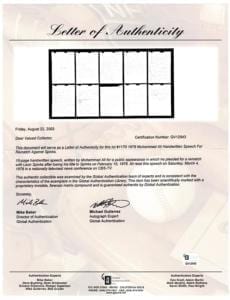 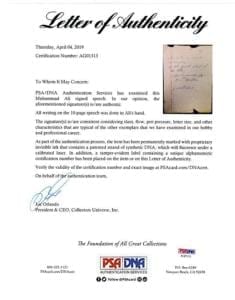 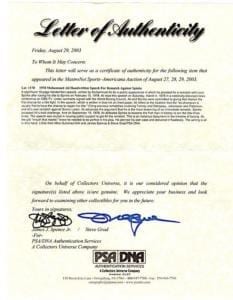